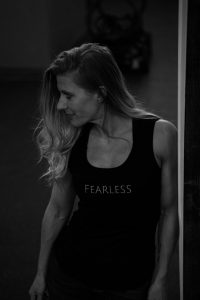 The time I get to sit is rare anymore.  Most of my time these days is spent managing the gym I’m partnered in, working with the nonprofit my husband and I began, and coaching clients both in person and online through the labyrinth that is physical health.  It seems like a lot when I say it like that… especially when I consider how much I actually enjoy sitting and doing relatively nothing with a good book and fluffy blanket.  Alas.

I wish I could say that I choose to read and meditate on scripture in the original Greek and Hebrew all while marking my Bible up with various colors of highlighter.  I wish that I worked more diligently on my writing or that I studied independent news media to keep an open mind toward the realities of current events.  Mostly, I don’t.  Sometimes I shop, sometimes I watch YouTube videos about how to do yoga for self-care, and then proceed not to do yoga for self-care.  Sometimes, like today, I get caught up in scrolling social platforms and get huffy, or envious, or worse…I start to compare.

Today was particularly tricky because it was my own feed that got under my skin, and it’s just a bummer to be the source of your own disappointment.  It began innocently enough; I was trying to be productive… (It occurs to me that that sentence should be written on my headstone)…anyway…I was rolling through my Instagram looking for old writing content to move to a different page.

It should be said here that scrolling to the bottom of one’s social media feed should legally require the oversight of a licensed therapist.  I felt things.  None of those things were that great.

I don’t mind admitting it made me a little sad that I don’t feel like I used to about fitness or ministry.  I know social media is the place where we all say things with lots of passions and agendas, but you get a different feeling when you live in between and long after the frames.  As I scrolled down through years of posts they exposed me as shamefully attention seeking all the way around to an unsophisticated saint.   Looking around for a therapist and finding none, I was left to my own analysis…”you seem kinda stupid” I said to myself and finished the analysis.

Five years ago, in a different marriage, scraping out my own business, I was a girl whose faith was placed in work ethic.   I had grown up in, and had grown out of, church. I believed in God, but was desperate for that God to turn his face away from me.  Up to that season in life, I had learned one thing about faith; whatever it was, I didn’t have enough of it.  I tried really hard to be religious.  I tried to fit in at church.  It always culminated with a big, fat, faithless, failure on my part.  So, five years ago, I had already resolved to lay low, spiritually speaking.  It was a pretty solid strategy.  You can see it in my posting.  You can hear it in my writing. It was a faith that kept heaven out of reach and hoped for God not to notice.

Years of posts later, I’m different girl.  My current husband and I began a nonprofit ministry.  I had started life over with a new job…all the blessings.  The posts were from a girl steeped in faith.  The things I wrote and the way I thought dripping with scripture.  Faith had awoke in the wide-eyed kind of way one gets when falling in love with the childhood friend who’d been there all along.  Somehow in the space of three years’ worth of posts I had a heart that seemed to beat harder for the sufferings of others.  Somehow being closer to my own pain provided more empathy then than feels like I have right now.   I was quick to serve, energized, and full of the kind of optimism that thinks everyone should care as much as I did.  You can see it in my posting.  You can feel it in my writing.

I seemed like a much better person to me then, than I do right now. I seemed like an entirely different species from the girl of six years ago.  There’s always a bit of melancholy mixed with memories, and this was no exception.  Looking through the past,  I felt like my faith wasn’t what it once was and, if that was true, was it ever what I thought it was?  Yeah…that’s the kinda stuff I think about sitting around.

I don’t rush to the side of a girl who thinks she sees demons in her room at 10 o’clock at night.  I don’t try to listen to every plea for help or attention.  I don’t push to get involved with other nonprofits because I think they might get me more connected.  I don’t get upset when I can’t give what is asked for.  When I can, I don’t get any feeling of chills or any such tingly thing.  Every one of our volunteers is a much better person than I am, and I am well aware we are nothing without them.

I used to think everything was such a big deal.  That we were going to change the world by speaking love and life into those who were marginalized and abused.  That never really happened, at least not from my particular vantage point.  In the last three years I have been a guest in the lives of more than a few drug addicts.  I have been stood up on Thanksgiving for hours while the girl I waited for was sleeping off her latest hit.  There have been countless hours of portable workouts and church services, late night hospital visits, baby gifts, and prayer requests.  I have watched merciless cycles of relapse on repeat.  I have been disappointed by people I thought were different than I thought, and humbled by people whose goodness was hidden by what I thought was otherwise.  I am sometimes harshly judgmental of choices I think are foolish from people whose pain I can never fully understand.     I am often changing my opinion about what is holy.  And sometimes, I don’t think all the effort matters at all.

I don’t think ministry is that big of a deal anymore.  I think it’s just a kind of living where you are in the midst of God in the space of others. It’s simpler and infinitely more difficult.  Every day, sometimes every hour of every day, I am surrounded by people of every kind and I can’t tell which is ministry or who is ministering to whom anymore.

I struggle to love, I’m selfish with my time, outcomes are seldom what I think they should be, and I’m often salty.  I can be discouraged by the smallness of what we do but simultaneously, uncomfortably overwhelmed by just how big that smallness really is. I am uncomfortable in church.  And in fact, I get envious and cynical when I see churchy people post or say what I think is vending machine Christianity.  I don’t want to hear it.  I don’t think it’s cute anymore. I can be a relapsing cynic. Like that girl I was so many years ago, I already know I’m not faithful enough, unlike her, I’m not interested in hiding or pretending but I’m also not jumping up and down shoutin’ Hallelujah,  joining a small group.

The faith I used to have…both the kind that was barely enough to be called a mustard seed and the kind that thought anything good was possible have given way to whatever I have now.  It’s battle tired, sometimes skeptical, but daily renewed. It’s no matter what, and whatever I’ve got. It’s been broken down but it’s far less frail.  Its less flashy but more formed.  It’s not cute or post-able, because it simply is the thing that continues to believe God turns toward us even when He knows we don’t have enough.

The faith of the young biblical character, David, who killed a giant, had a kingdom singing his praises…It seemed like a big deal.  But keep scrolling and that same David, many years later, forced to his knees in repentance after moral failure, still had faith… It probably didn’t feel the same.   Yet, it was probably harder for an old man to trust that God would forgive him, than it was for a young man to trust for Gods victory.  His faith actually had to be stronger for him to hold to it in the midst of failure.  A young man full of hope and without as many mistakes has a different kind of faith. But faith over time is thickened and hard like a callous formed to fit the work. It is year after year that one experiences God in all circumstances and finds Him faithful enough to look at us squarely and say “this, still, is one after my own heart.”

What I realized was that much of my sadness over the kind of faith I used to have was just a faulty judgement of what my faith should now be…what it “should” feel like.     Faith, however, is more in the doing than in the feeling.  Sometimes it’s only strong enough to stand still, sometimes its hands in the air singing hallelujah, and sometimes it’s head down and do the thing again.  As the years go by, if you expose it to a world that makes hard demands, it gets tough.  It won’t feel like it used to but it will be stronger than it ever was, not on its own merit, but because it has seen who He is over and over again regardless of who you were.  It has always been small and simple, but it actually is a really big deal.

In conclusion, maybe be more productive in your down time.  And when you’re tired, don’t scroll your own feed digging up what you’ve already buried under years of filters and circumstance.  Expose the faith you have to things that might ugly it up a little bit, but just may toughen it up a lot.